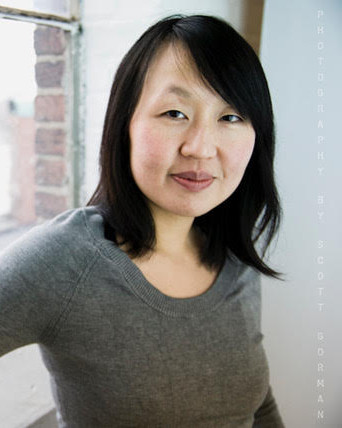 Elyne is a writer, actor, dramaturg and director for theatre, film/TV and interactive media. Produced plays include the Sterling Award winning play for young people, Lig & Bittle (co written with Jared Matsunaga-Turnbull) as well as Stray, Look Both Ways, Souvenirs of Home, Trust, What, One Block Radius and a radio play, Direct Dial (CBC Radio). Her play Frog Life was read and performed at theatres and universities around the world as part of Climate Change Theatre Action, an international effort to bring awareness to climate change. Her intimate theatre play, Pas de Deux, premiered at the Citadel Theatre as part of their Encounters series of one-on-one plays. Her most recent play is an adaptation of Jane Eyre. She holds a MFA in Dramatic Writing from New York University/Tisch, a BA Honors degree in Drama from the University of Alberta and is an alumna of the Prime Time TV program at the Canadian Film Centre. She has been a proud member of the Playwrights Guild of Canada since 2001.